Advantages of lasers in the treatment of granuloma

A granuloma is an inflammation of the tissue that forms around the root of the tooth, most often as a result of a bacterial infection. Caries is one of the most common causes of granulomas.

A granuloma can be seen on X-ray as an enlightenment in the area of the root of the tooth. In order to make accurate diagnosis of granuloma, the patient's medical history, intraoral examination as well as intraoral tests are also very important. A patient with granuloma may experience severe pain, or may also be asymptomatic, completely unaware of having a granuloma. A CBCT is often used as an additional diagnosis, which gives us a more accurate 3D view of the lesion in the bone.

The treatment of granuloma is carried out in such a way that, if necessary, the tooth is anesthetised, so as to relieve any pain. Then a dry working field is established, all caries are removed and all canals found. Once the canals have been found by the doctor, his task is to break them at the top, and accurately measure and widen them. This not only mechanically removes bacteria, infected dentin and residual pulp tissue, but also creates space for good rinsing with disinfectant and laser entry along the entire length of the root itself. The classic treatment of granuloma consists of the mechanical treatment of the canal with needles and disinfection, most often with sodium hypochlorite. However, when applying lasers in the treatment of granuloma, the effect of disinfection on the root canals is much greater. Although ordinary disinfectants are very effective, the possibility of penetration into the lateral canals at the root is very small compared to that with the laser. While disinfectants can eliminate 80% of microorganisms at a depth of 100 µm, lasers are 99.92% effective. Of course, with greater elimination of bacteria, we are more likely to be successful in the therapy itself.

After the end of treatment, control RVG images are taken immediately after filling, to control the filling itself, and after 3, 6 and 12 months as well. Depending on the size of the granuloma, the bone around the root of the tooth should have been completely restored within a period of 6-12 months after successful endodontic therapy. 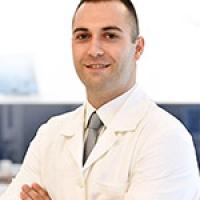 Ante Žuvela dr.dent. med. graduated in dental medicine in 2014 in Rijeka. In 2016 he completed a Comprehensive Machine Endodontics System course at Novodent Opatija. In 2017 he enrolled in a course of Endodontics and reciprocal treatment of canals Interdent Celje, whilst in 2018 he enrolled in a Dental Photography course AE Vision in Zagreb. Furthermore, in 2018 he completed a course in Endodontics and laser canal treatment at the Faculty of Dentistry in Zagreb and in 2019 took an Intensive course of endodontics and restorative dentistry, Dentum Medical in Rijeka.

We will call you

and organize a visit to the accredited dental clinic in Croatia.

We will help you to organize your trip from all parts of Europe to dentist in Croatia as well as accommodation and transport in town of your choice.

The visit will be performed

in the accredited dental clinic where the best professionals will recommend you the best dental solutions.

Do you require an urgent solution? Request a call from our dentist!